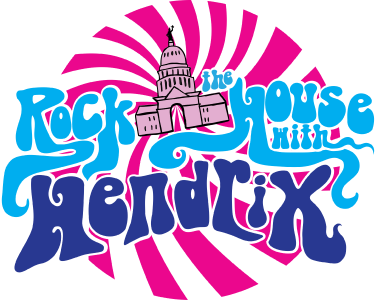 Over the past year, the great state of Texas has been making national news over the many controversial policies its Republican leadership has forced on it. Voting restrictions, anti-mask mandates, and outrageous abortion regulations are just some of the issues that have gained them notoriety.

Recently Democratic State Rep. Celia Israel announced she’ll be considering a run to be mayor of Austin, so she won’t be seeking reelection to the Texas House. With her seat vacant, Texas needs all the progressive voices it can get to challenge the extremists who have a grip over The Lone Star State.

A seasoned veteran of grassroots advocacy and social justice, Mike has been politically active since the age of sixteen. He considers himself an “unabashed advocate for progressive causes and a confident challenger to right-wing ideologues.” And he’s been battle-tested, having spent much of his political life working with such organizations as The American Civil Liberties Union, Texas Criminal Justice Reform, and The Marijuana Policy Project.

Mike has also been a leader, advocate, and member of Austin’s LGBTQ community for many years. Fighting to make sure the community retains all the rights and liberties it deserves as equal citizens, he says “my quest is that no Texas child will suffer what I’ve had to.” In 2019 Mike gave moving testimony in support of Israel’s HB 517 bill recounting his experience surviving the horrors of conversion therapy.

At the age of seven Mike told his parents something no child should have to confess, he was being molested by one of the pastors at their church. In a heartbreaking twist of fate, his parents enlisted him into conversion therapy believing he was possessed by a “demon of homosexuality.” For nearly six years Mike was subjected to physical and emotional abuse in the name of God. Being repeatedly stripped naked, beaten, and forced to sleep in a room plastered with pictures of men dying of AIDS, this was not simply praying the gay away. This was torture.

Because of this abuse, it took Mike many years to come to terms with his identity. Coming out ultimately severed his relationship with his parents, whom he’s now been estranged from for almost two decades. But in that time he has found a new family in the city of Austin. It’s fueled his passion for public service and has made his quest to protect the underrepresented stronger. Mike has embraced the community of Austin as his family, choosing to fight on the side of love and equality for all. If elected he would make Texas history by the only openly gay man to serve in the House.

“I believe that one of my greatest strengths lies in the diverse experience I have across a wide range of politics, and the accumulation of what I have learned on the journey through that spectrum.” Armed with over twenty-five years of political experience, a lifetime of survival, and a faith that doesn’t waver, Mike Hendrix is the progressive voice Texas needs in its legislature. Now more than ever.